In the Netherlands BENG3 legislation requires buildings to generate at least 30-40% of their energy consumption by itself. As buildings get taller, this requirement is more and more difficult to achieve. Soluxa combines the necessary with the aesthetically with solar façades. Our solar panels will change your building to be a more energy positive building. On this page you will read about our current and finished projects. 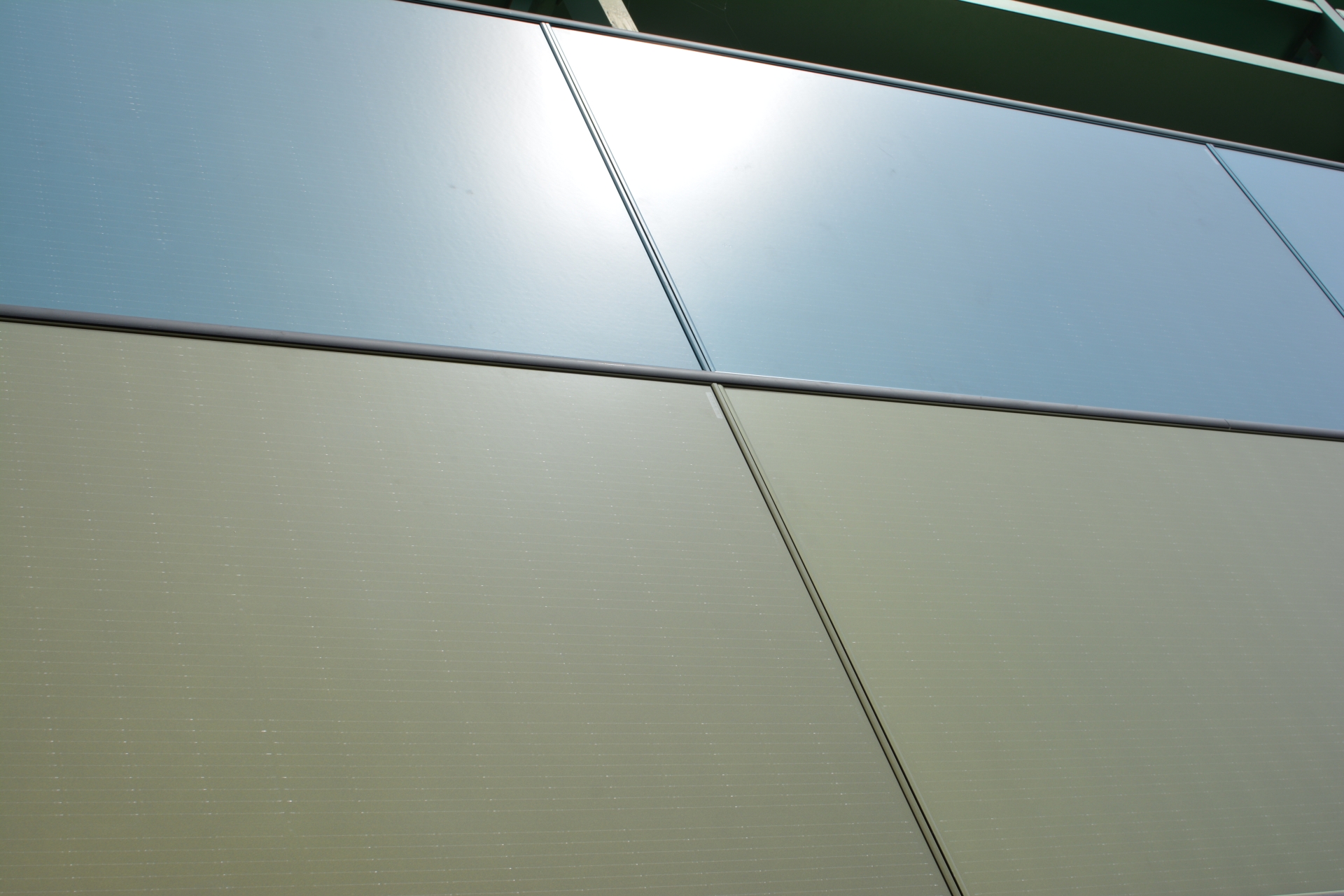 Soluxa tested its innovative product with grey/white panels on this façade of the Provinciehuis in Zwolle. The façade is located on the side of the Weezenlanden park.
The project came about through the “Startup in Residence” programme of the province of Overijssel. The façade consists of 60 panels, i.e. over 115 m² of cladding. The façade panels have a grey/white colour that corresponds to the existing colour of the building.

This project in Zwolle thus proved that the use of solar façades is of great added value in the built environment. In the Netherlands, façades can hold 2.5 times more solar panels than roofs.  Solar panels on façades have many advantages. They form the cladding while at the same time generating up to 85% energy compared to solar panels on the roof. By placing the solar panels on the various façades of the building, you generate energy throughout the day. As a result, the power can be used entirely by the building and the grid is not burdened. The project was carried out in cooperation with, among others, major construction company Heijmans.

On the right you can see the result of our first project. We have applied solar panels to the façade of the Radboud University in Nijmegen. In the picture you can see different color gradings of the panels. In total we have applied 14 different colors and 60 m² of cladding. The different colors were applied to examine the results and efficiency of our solar panels. We even applied one color which changes depending on the angle you look at it. These panels will produce a beautiful effect if applied to an entire building. If you are interested in reading more about this project, click the button below.

Be our next project

Are you interested in our solar façades? Would you like to apply this to your own building? We are very excited to hear from you. Get in contact with us through our contacts page!

Be our next project

Are you interested in our solar façades? Would you like to apply this to your own building? We are very excited to hear from you. Get in contact with us through our contacts page!